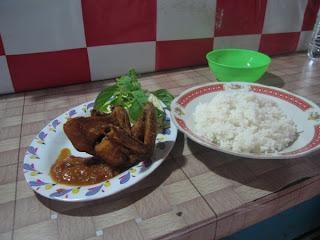 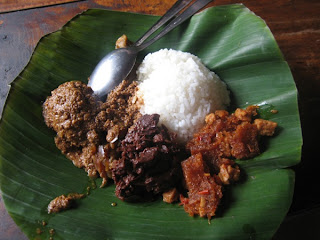 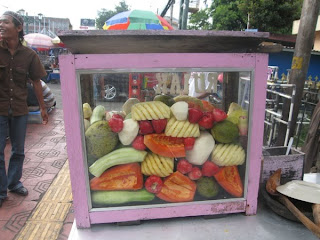 Regional variation means you'll try many different versions as you travel.  (Guess which one of the above was influenced by the Dutch!)
at 2:00 PM 1 comment:

YOGJAKARTA
This is the culture center of Java, and it's fairly obvious.  Marred a bit by unchecked, rip off tourism, it's still a lovely, small city arranged around the kraton, or Sultan's palace, who still officially runs the show.  Lots of old converted Dutch buildings intermingled with intricate Javanese wooden porches, endless crappy batik sellers with that ubiquitous call of "hello mister!"  A lot less heavy traffic, with becak bicycle rickshaws and horse drawn carriages for tourists.
Today we leave for Borobudur, which is possibly the largest Buddhist temple in the world, built over a thousand years ago.
at 9:31 AM 1 comment:

VISIT LAKE TOBA
Consider this for your next vacation and you won't regret it.  Breathtaking views, resort style Batak houses for surprisingly cheap, the kindest people ever and a totally unique culture, all on a tiny island floating in the center of a tremendous volcanic lake in Sumatra. They need and want your business. Come.

Oh, and be sure to try pepes ikan (steamed fish with coriander, lemongrass, candlenut, coconut, green chili, etc. wrapped in banana leaves) at Juwita's Cafe.  Possibly the best food on earth made by the loveliest woman ever.
at 10:06 PM 1 comment:

Greetings from the island of Sumatra.  We've been having issues with several details including domestic flights, ferry failures and Chao's card getting hopelessly trapped in an HSBC machine because of a (frequent) power outage.
This country is markedly different from Malaysia considering the similarities in Malay-Indo culture/language/food.  Everything is much, much more third world and overwhelming, more Cambodia than China.  We're adjusting.
Recent travel: We just left two blissful days in Bukit Lawang village, where we trekked in the rainforest, saw a mother and baby orangutan in the wild (!) and climbed on all fours into a bat filled cave.  That, and stayed in a gorgeous traditional house with a view of the jungle and rushing river.  Breathtaking and humid.
We're currently in the north Sumatran city of Medan, famous for rat filled sewers and the smell of burning trash.  (Also a couple of old mosques, I've heard.)  However, owing to Indonesia's jaw dropping economic disparity, the city center is blanketed with air conditioned malls, which we are naturally enjoying.  We're having more issues with Air Asia, but after some kind of resolution we are quickly heading to Lake Toba, where we will swim in a volcanic lake and see Batak houses.
More to come!
at 1:36 PM 2 comments: 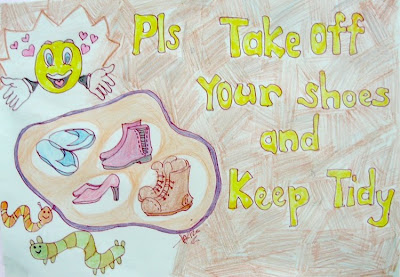 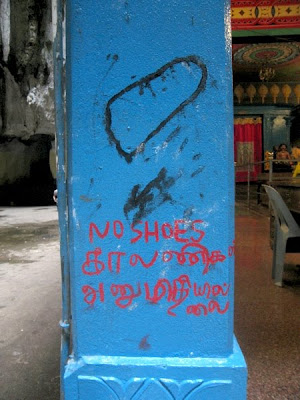 UPDATES: We had a small change of plans since we went yesterday to buy our ferry ticket to Indonesia and found out that the ferry to Sumatra from Penang Island has been canceled permanently.  So what this means is that we must fly, an unnecessary expense and a delay.  The cheapest flight we could find leaves on the 13th, giving us a little less time in Sumatra.  However, we could do worse with our surroundings; tropical weather, crumbling Deco architecture, garish Chinese temples, endless lounging, mountain view beaches and iced drinks in lazy warung shopfronts.  This island has a great feel, a little like a larger Hoi An in Vietnam.  Why, then, am I anxious to leave?

A slower pace is clearly healthier.
at 8:16 PM No comments: 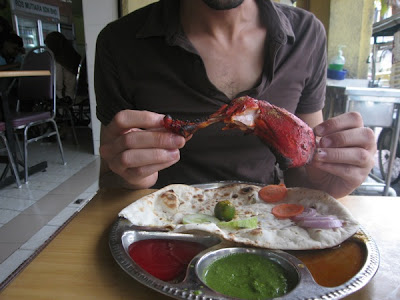 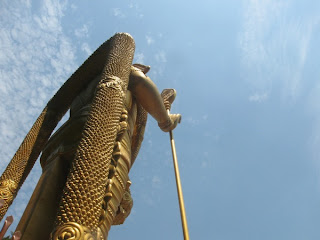 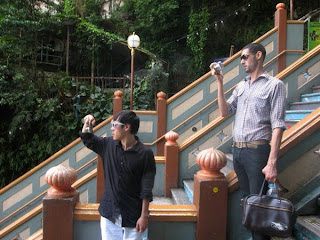 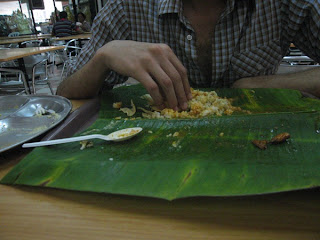 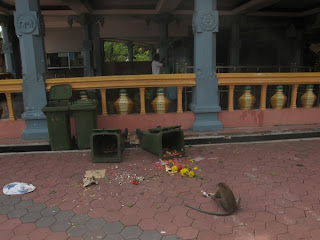 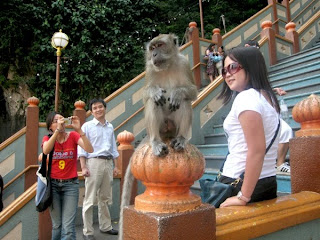 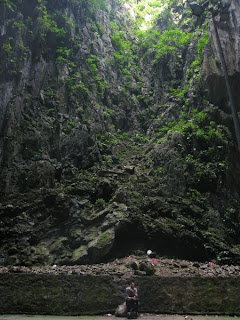 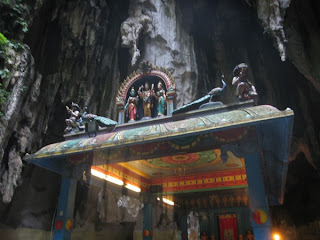 About a thirty minute bus ride outside of Kuala Lumpur lies the Batu Caves, a Hindu temple complex inside a huge cave with a great number of stairs and a huge statue of a deity out front.  The complex is most important during the Thaipusam festival, when devotees celebrate the son of Shiva by piercing all sorts of things through their bodies and faces.  Outside of festival time, it seems to fall to disrepair with rather unimpressive religious tableau and more construction material and bags of cement than Hindu objects.
There were a lot of tourists when we arrived, mostly Chinese from various countries and Australians.  As you walk up the steps to the mouth of the cave, you're more or less greeted by about twenty monkeys that eye you suspiciously.  The cave interior itself is massive, dark, blanketed in sleeping bats and impressive.
at 9:26 AM 1 comment: 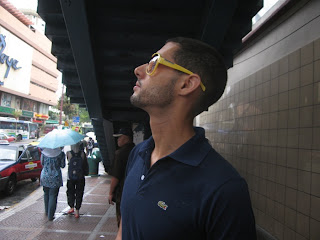 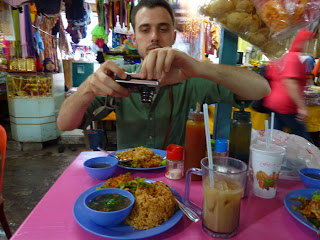 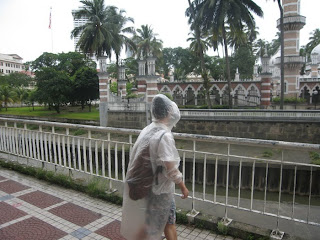 ARRIVED
I'm sitting in front of a computer in a Chinatown guesthouse in Kuala Lumpur that doesn't block my blog and doesn't have Chinese text support, both of which I'm not used to.  We haven't seen the city yet since we arrived late last night, but today is day one of a six week trip around Malaysia and Indonesia.

First impressions are that this city is strictly divided into three major groups: Malays, Indians and Chinese with exotic looking groups in between.  This is my first Asian city with such a diverse ethnic population.  Far more to come. (with pictures!)
at 9:07 AM No comments: